As Watersol™ is separated easily from hydrophobic plastic and released just as easily from various organic materials that have a little polarity, it can be used as a mould release film for the unsaturated polyester epoxy resin or other thermosetting resin. Watersol™ Film forms a barrier between parts and mold surfaces that are still curing. It is also resistant to solvents and yet is water-soluble. 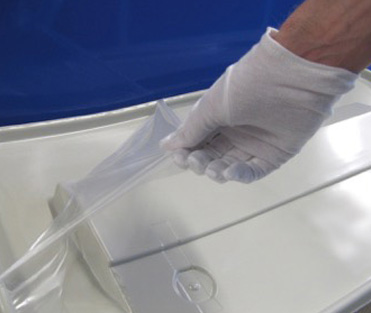